Security researchers found a previously unknown backdoor they call Dolphin that’s been used by North Korean hackers in highly targeted operations for more than a year to steal files and send them to Google Drive storage.

According to research from cybersecurity company ESET, the APT 37 threat group (a.k.a. Reaper, Red Eyes, Erebus, ScarCruft) used the newly discovered malware against very specific entities. The group has been associated with espionage activity aligining with North Korean interests since 2012.

The researchers found Dolphin in April 2021 and observed it evolve into new versions with improved code and anti-detection mechanisms.

Dolphin is used together with BLUELIGHT, a basic reconnaissance tool seen in previous APT37 campaigns, but it features more powerful capabilities like stealing information from web browsers (passwords), taking screenshots, and logging keystrokes.

BLUELIGHT is used to launch Dolphin’s Python loader on a compromised system but has a limited role in espionage operations.

The Python loader includes a script and shellcode, launching a multi-step XOR-decryption, process creation, etc., eventually resulting in the execution of the Dolphin payload in a newly created memory process.

Dolphin is a C++ executable using Google Drive as a command and control (C2) server and to store stolen files. The malware establishes persistence by modifying the Windows Registry.

During the initial stage, Dolphin collects the following information from the infected machine:

The backdoor also sends to the C2 its current configuration, version number, and time.

The researchers say that the hackers delivered their commands to Dolphin by uploading them on Google Drive. In response, the backdoor uploads the result from executing the commands.

The malware has an extended set of capabilities that includes scanning local and removable drives for various types of data (media, documents, emails, certificates) that is archived and delivered to Google Drive. This feature was further improved to filter data by extension.

Its search capabilities extend to any phone connected to the compromised host by using the Windows Portable Device API.

ESET notes that this functionality appeared to be under development in the first version of the malware they found. Evidence pointing to this was:

Additionally, it can also lower the security a victim’s Google account by changing related settings. This could allow attackers keep their access to the victim account for a longer period

Dolphin can record user keystrokes in Google Chrome by abusing the ‘GetAsyncKeyState’ API and it can take a snapshot of the active window every 30 seconds.

ESET researchers caught four distinct versions for the Dolphin backdoor, the latest being 3.0 from January 2022.

It’s possible that newer versions of Dolphin exist and have been used in attacks, given that the backdoor has been deployed against select targets.

According to the researchers, the malware was used in a watering-hole attack on a South Korean paper reporting on activity and events related to North Korea. The hackers relied on an Internet Explorer exploit to ultimately deliver Dolphin backdoor to the target hosts. 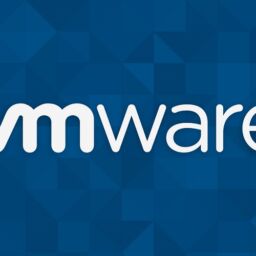 A previously undocumented Python backdoor targeting VMware ESXi servers has been spotted, enabling hackers to execute commands remotely on a…